Skip to content
I have to tell you Ringling has certainly got it right this year!  This was the best show I have seen Ringling put on in at least 20 years, if not ever!  We had the opportunity to see this show thanks to my good friends Steve and Cheryl Teimens who work on the show.
Those of you who know me well, know that I have had several career incarnations in my near 40 years of being on the planet.  One of those was as a very bad aerialist and dancer.  Yes, I was bad!  But I was very good at teaching it, and I know what I am talking about when I tell you that the performers this year are top notch, seriously stellar!
During the opening parade the performers flood the floor with costumes, inventive knee driven things that look like they may have been modified Segways, dancers, tumblers and stunning lights and special effects.  Now as usual with these things I was a little fuzzy on the story line, something about PT Barnums Anniversary and a dude and book?  Not really sure, but it didn’t matter because the acts were of such high quality! 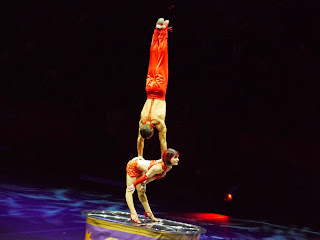 The opening parade turns into an Under the Sea arial production, the ceiling is full of people on straps, double lyra and even a triple cradle.  It was truly spectacular and held up the theme of the PT Barnum Spectacular  beautifully.  My daughter said they were “Ceiling Princess Ballerinas”.  She loved it!  That’s my girl!
The acrobats and hand balancers, contortionist, and statue acts were incredible, with one beautiful young woman who could hold up her partner while in a back bend.  There was always at least four different things going on a with the highest quality performers I have seen in a very long time!
My three year old loved the glow in the dark trampoline act and her exact words were “I am going to do that!”  There must have at least 20 of these glowing tumblers bouncing around on at least 8 bi-level trampolines. 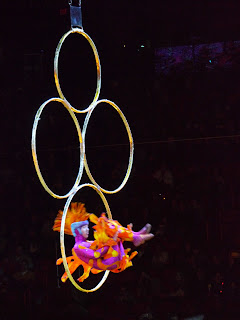 There were 7 motorcycles in the cage all flying around at break neck speed, they always make me nervous, I just don’t get how they do it!
My personal favorite was the teeterboard act.  They actually hit a guy on a pole off the teeterboard.  Yes, you heard me right.  They guy strapped himself onto a pole and let his partners hit him off the teeter board where he landed on the pole on a mat.  Usually the guy lands on a pole right?  A man on stilts also did a flip off the teeterboard.  Crazy Incredible!
So I guess my advice is, if you are looking for “Spectacular” this is it!  The draw back for us was the show is a little long for a barely three year old.  She was pretty tired and antsy by intermission.  However when the elephants come on after the intermission, she was attentive again.
Ringling Brothers Circus will be at the American Airlines Arena in Miami till January 16th, get your tickets soon as the good seats go quickly! 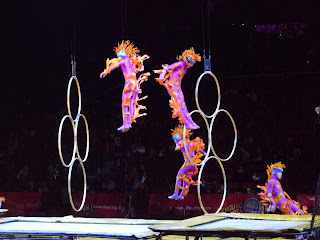 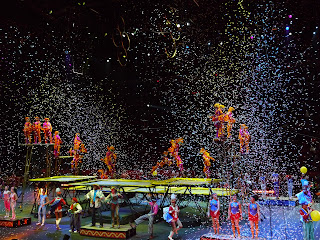 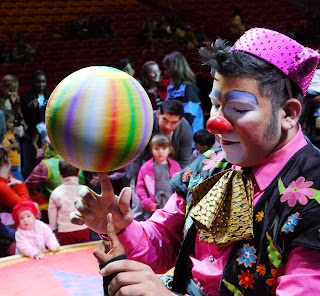 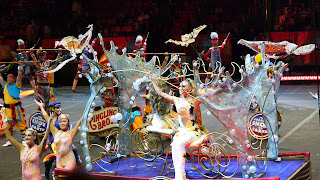 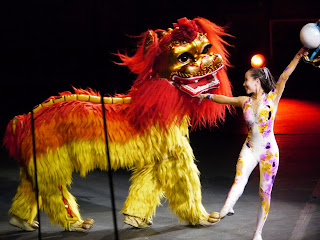 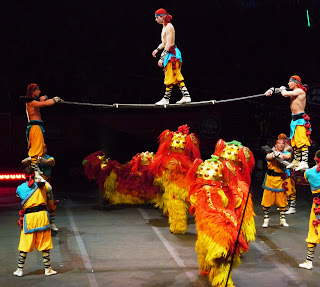 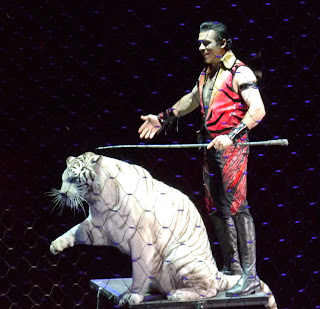 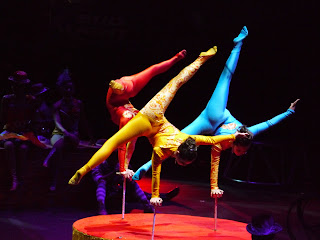 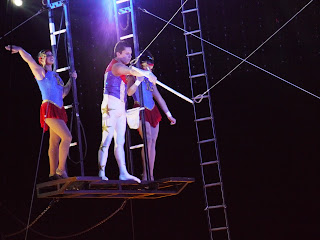