Christmas with the Chimps Video Blog

This event is so much fun.  I cannot believe that I didn’t know about it before!  You get to drive around the safari and see the animals, then you get to actually park and get out of your car at the Chimpanzee Island.  The first thing that struck me was the sounds that the Chimps were making!  They were running around and making such a racket!  They are not stupid and knew exactly what was going on!

The Chimps were on one of the islands and Santa and his helpers rowed out to the empty island and placed all kinds of wrapped gifts around the island.  Then Terry Wolf the Director of Lion Country Safari came out and opened the bridge between the two islands and the Chimps headed out after their gifts.  They received things like stuffed animals, fruit, clothes, and toys.  There was one little guy who got a stuffed animal and he carried it around with him afterward.  It was really cute!

If you haven’t been out to Lion Country Safari, you really need to get out there.  It is worth the drive!  There is of course the drive through animal park, but then there is a huge walking park with more animal exhibits and lots of rides for the kids.  We had such a good time and were completely exhausted by the time we left.  We rode rides, feed sheep and a giraffe, rode a camel, went on a boat ride, saw lots of animals and generally had a great time.  you could easily spend an entire day there.  I will be posting a full review on the park very soon so check back often.

If you go the LCS web site you can print out a coupon that discounts $6 per person. 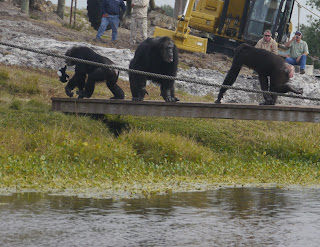 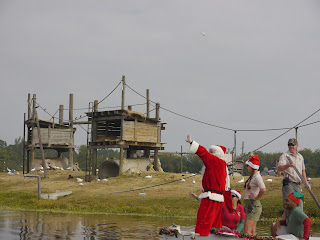 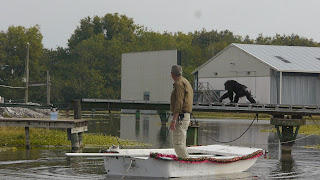